I have moved! You will now find my blog, as well as my website at http://www.capecodartandnature.com

Taking a "lichen" to the Cape Cod landscape

Have you ever heard the one about Alice Algae and Freddie Fungus? Seems they took a lichen to each other. 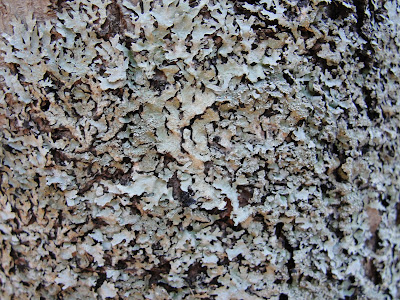 Lichens are everywhere here on Cape Cod and many people are confused as to whether they are an algae or a fungus. They are neither, actually, but sort of a combination of the two. They get the advantage of the symbiotic qualities of the fungus as well as the photosynthetic abilities of the algae and can survive in what may otherwise be very tough and hostile habitats. 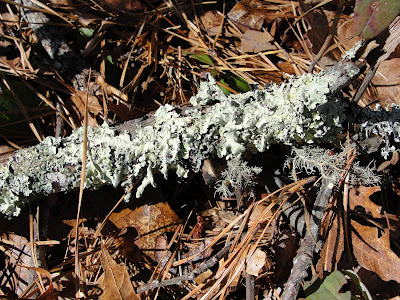 There are lichens such as the shield lichens that grow on tree bark and lichens that seem to grow in the air off of tree branches, like the dead man's beard. In the coastal dune areas we also find a lot of reindeer lichen which has little branchlets that resemble antlers and my favorite, the little red capped British soldiers. 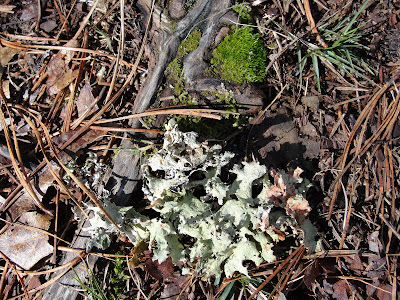 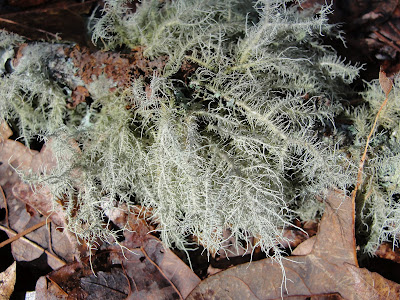 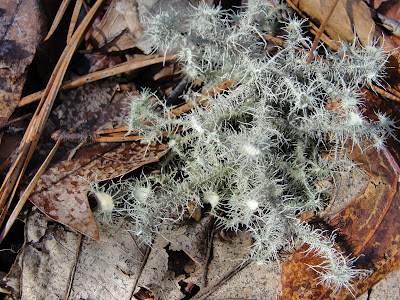 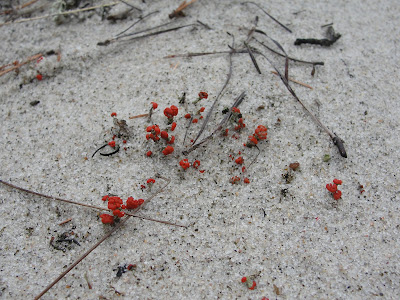 Every year I try to learn a little more about these interesting plants. There are thousands of different  kinds and I don't really know how many we have here on Cape Cod but it would be fun to go out and see how many we could find.

Oh, what a beautiful day!

It sure didn't feel like March around here today...It was so warm walking on the beach that we were in our shirt sleeves.... 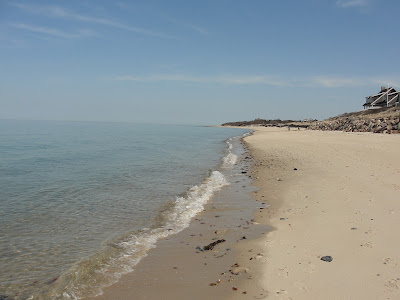 These photos are from Corporation Beach, taken around lunch time today... 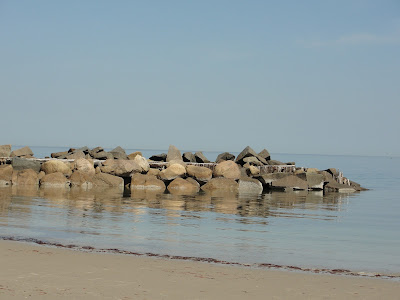 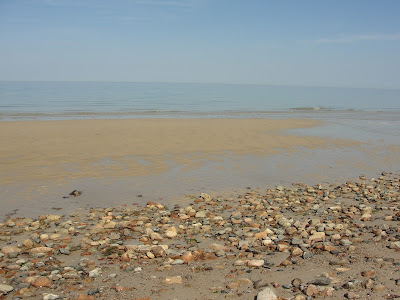 These are the days that get us through the other not so nice days, the days when the cold wind howls down under our collars and through our ears.... 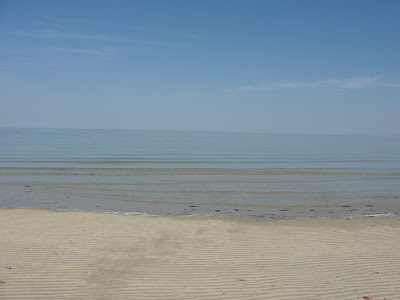 On a day like today one can only sigh and think......perfection!

Here's a quick little video of what it sounded and looked like walking along the water's edge today...especially for those of you who couldn't make it to the beach today....

One of the fun things about winter birding is that you can go to just about any beach parking lot and check out the gulls, mostly from the warm and cozy blind that is your car. Gulls will let you get pretty close in a car--but step outside it and they'll be off in a second. Unless they think you are bringing them food in which case every gull within 5 miles will immediately show up.

Anyway, we get a lot of random gulls here each winter, many of whom are out of their usual range but are not all that unusual because each year we get a few and sometimes we get a few in the same place, winter after winter. At first glance all gulls seem to look alike, at least to the unpracticed eye...

but can you see what is different about this gull? 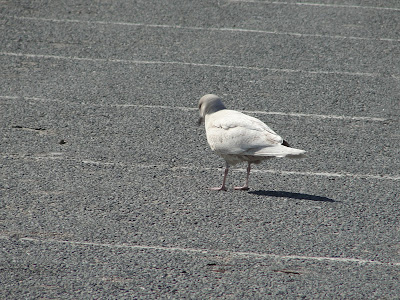 Here it is in flight 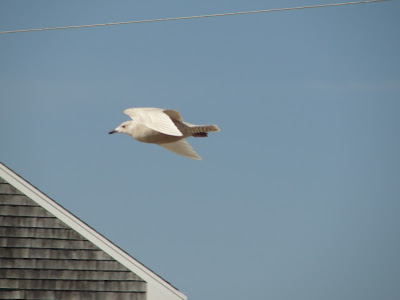 If you said it is mostly white with no black on the wing tips and that it has a black bill, not a yellow or ringed one, you would be correct. It is a bit mottled looking so we know it is probably an immature or juvenile bird. 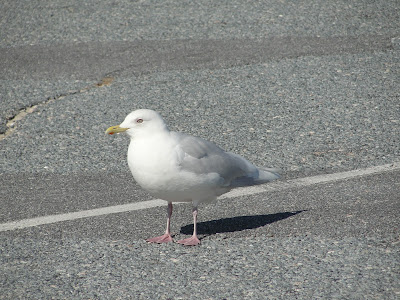 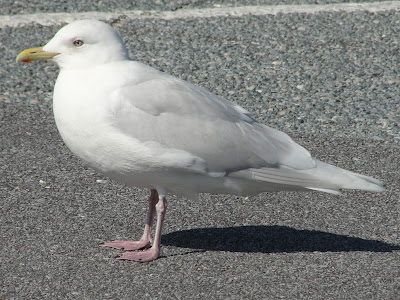 No black wing tips and very pale gray back....hmmmm....it's not a Herring gull, a ring billed or a greater black backed gull and it is a good sized bird which rules out a few others.

This beauty is in fact an Iceland gull, as is the immature bird shown in the first few pictures. Both of them have been hanging out with their less fancy cousins at the Craigville Beach parking lot this winter and if you hang around for awhile and check the various gulls you see there you may come across both or one of them quite easily. 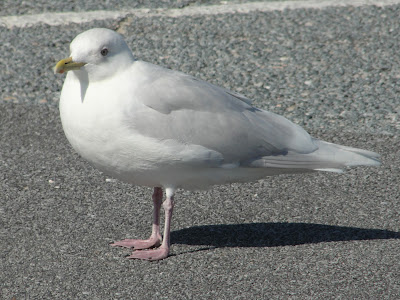 These northern beauties usually winter north of us but each year a few seem to straggle down our way. Reports from the north shore and the Plymouth area are not uncommon and they often show up with other gulls in parking lots. Yep, opportunists just like the rest of the gang.

Iceland gulls breed in the arctic, usually on rocky cliffs facing the fjords in Greenland and northern Canada so these guys should be leaving soon. If you're in the area though, check them out.
Posted by Mary Richmond at 3:40 PM 1 comment:

I bet you've seen it but do you know what it is? 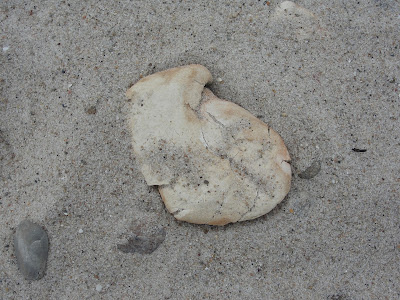 You can find it on area beaches at any time of year but the winter beach seems to be full of it, especially after a big wind that stirs up the waves.

We found this specimen on Sandy Neck in Barnstable  today. In fact, we saw a lot of them.

When I was a kid my mom told me it was whale poop ;-) It isn't, though. It is actually an organism--or more correctly, a colony of organisms called zooids, encased in a layer or layers of cellulose. It feels a bit rubbery and can come in various shapes, sizes and colors though the average seems to be about 4-6 inches wide.

I found this information on Sea Pork to be helpful and this blog on sea pork has lots of interesting photos.
Posted by Mary Richmond at 4:35 PM 4 comments:

Early spring or what?

I saw a whole bunch of busy bees today....on a sunny patch of crocus while wandering about in Sandwich....

this is also my first YouTube video so feel free to give it some love ;-)
Posted by Mary Richmond at 2:31 PM 1 comment:

Buried in the sand 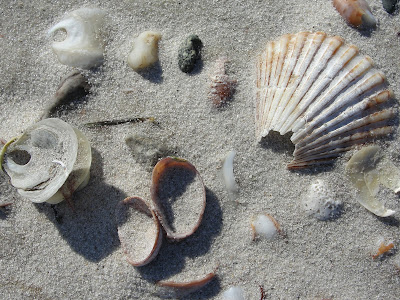 driftwood and seaweeds add to the sandy compositions... 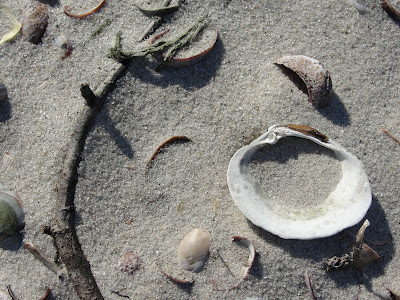 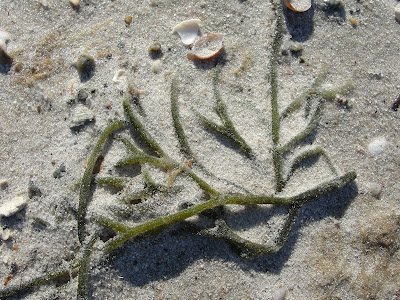 Feathers that have been shed show their wear and tear... 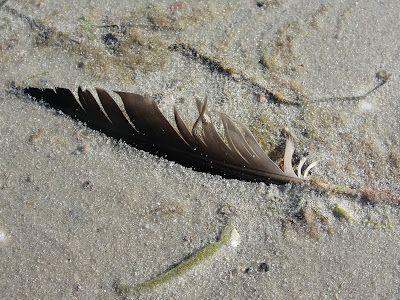 And some days you just play with the shells you find in the sand and make a sand and scallop design... 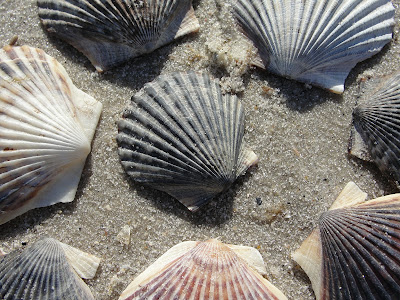 Sometimes it is fun to take the time to stop and look at the little things closely, even when the big picture is so enticing... 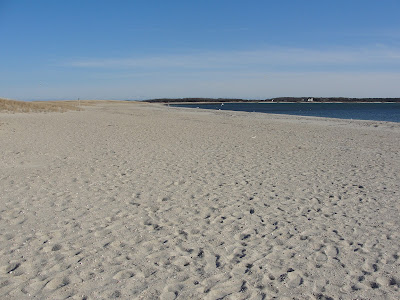