A Tribute to John Hay

Earlier this week I learned that one of the most wonderful men in my life had passed away. I didn't really know John Hay in his later years the way many others did but I did know him when I was a child and a young adult and his quiet but profound influence is one of the things that brought me to where I am today... 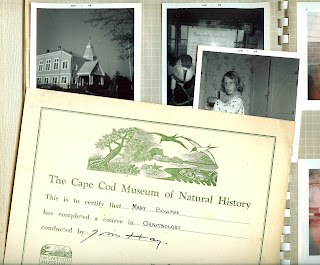 The above pictures were taken in 1964 after I got my new Brownie camera. The little girl is me with a parakeet that literally blew in with a storm and landed on my head one afternoon as we got in the car....my dad took the picture and the certificate was from a class I took with Mr. Hay in 1965,,, 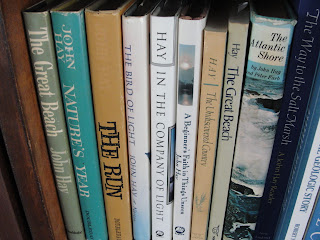 Over the years I have collected all his books, most with little notes from him inside...they are some of my most treasured belongings.

This week I wrote an essay about being a child under the tutelage of John Hay for the Barnstable Patriot. If you would like to read it you can find it here.
Posted by Mary Richmond at 9:39 AM