Just after the recent storm I went looking for ducks. Sea ducks, that is. Each winter our bay area beaches are host to thousands of diving ducks, including various scoters and eider ducks as well as loons and grebes. Most come from farther north and west and visit our area for the warmer, more open waters. 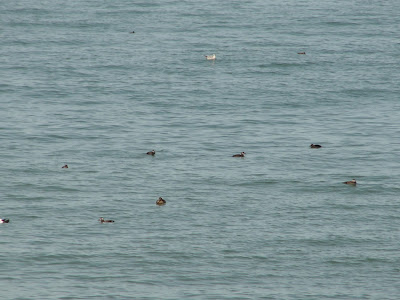 At Sandy Neck the other day there were thousands and thousands of scoters and eiders. They were pretty far out and it was hard to really get a good picture of them. 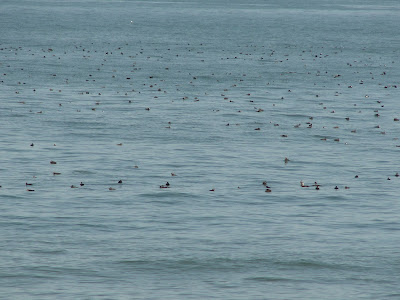 Mostly all you could see for miles in either direction were thousands of these little dark dots on the water....

Many of these birds blew in with the storm and probably found shelter here. Many will disperse and spread into other areas but for this one day it seemed as if all the sea ducks on the east coast were hanging out at the neck.....a pretty amazing sight. 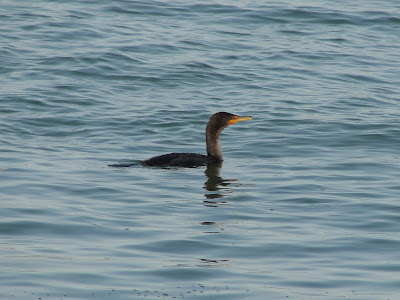 There were some brant--note their dark chests--and they are smaller than Canada geese, which they can resemble from a distance... 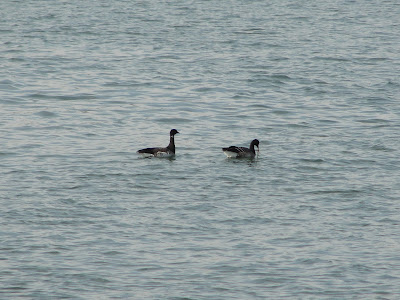 and there were about half a dozen loons--some of which were still in between their summer and winter plumages,,, 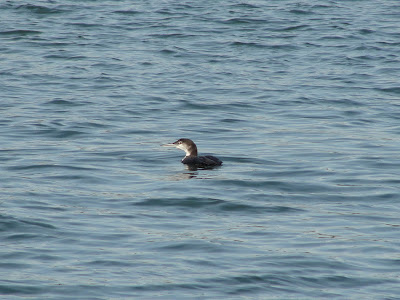 getting ready for a dive--check the back-- 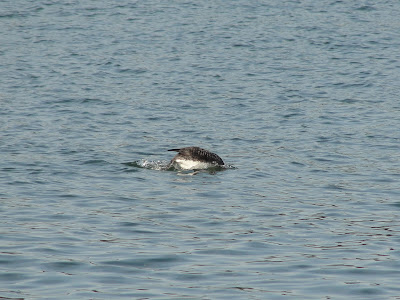 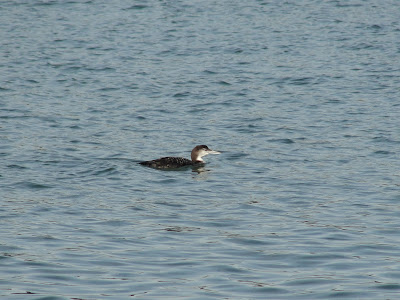 sorry the pictures aren't better but if you head out in that direction yourself you may be able to get better views!
Posted by Mary Richmond at 5:43 AM

Labels: at the canal, sandy neck