We are very lucky to have this wonderful organization on the Cape. The National Marine Life Center began as a dream about 15 or so years ago and although it is far from complete plans are in motion to make this a top notch place for research and rehabilitation for marine life such as sea turtles, seals, porpoises, dolphins and even pilot whale. 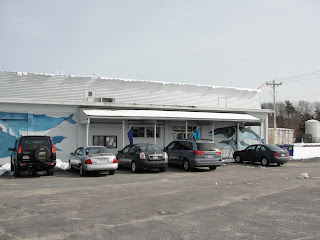 The outside may not seem auspicious at first... 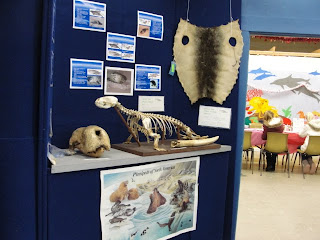 but inside there are many exhibits in the discovery center, most of which are hands on. 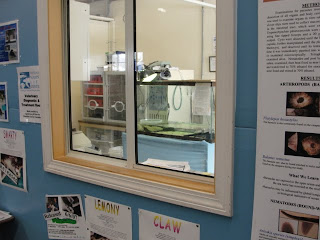 All visitors can peek into one of the "hospital" rooms and see the animals that are being rehabilitated there. Because today was a special open house we got to go on a tour of the whole facility. 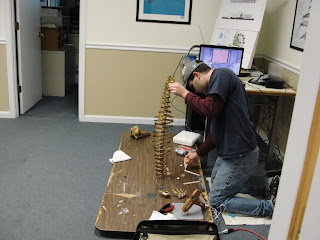 This volunteer is putting together the skeleton of a porpoise..... 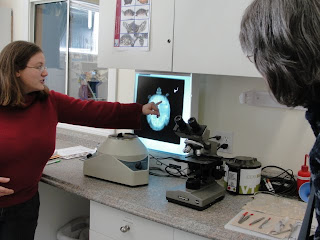 Inside the hospital room we were shown an X-ray of the shell of the diamond back terrapin that is a patient there. She has been there for quite a while and is actually losing her shell. She will grow a sort of replacement shell but it will take a while longer. She may be there another 2 years. 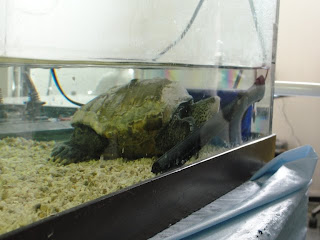 The picture is sort of distorted since she is under water but this is Patty, named because she was found on St. Patrick's Day last year. Turtles brumate, or hibernate, and this little lady woke up too soon and was not in good shape when she was found. 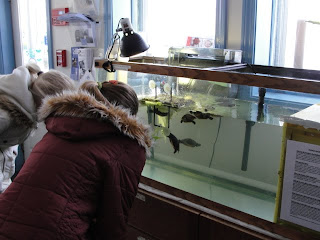 In a different part of the building we got to see the tank full of the Plymouth Red-bellied cooters that the center is "head-starting." I will do a separate post about them later. 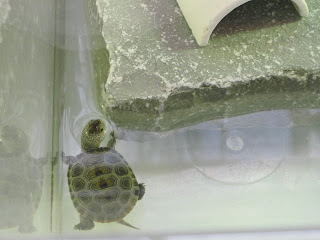 This little baby is a hatchling diamond back terrapin that hatched late last fall, too late to winter over safely. It and 7 of its brothers and sisters are getting the royal treatment and each has its own small aquarium. 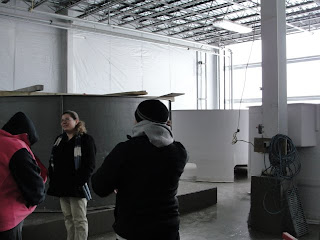 Next the director, Kathy Zagzebski took us into the room where the big turtle and seal tanks are being installed. This area is not finished yet but she explained what would need to be done before they would be ready to be used. 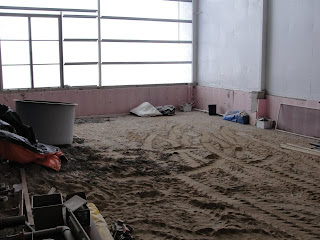 This last shot is of the area where the really big pools will be for the dolphins and even pilot whales. At this point the center needs to raise more money to complete their project but it's pretty amazing all that has been done so far. If you didn't make it to the open house today there will be another one in April. Check it out!
Posted by Mary Richmond at 3:38 PM